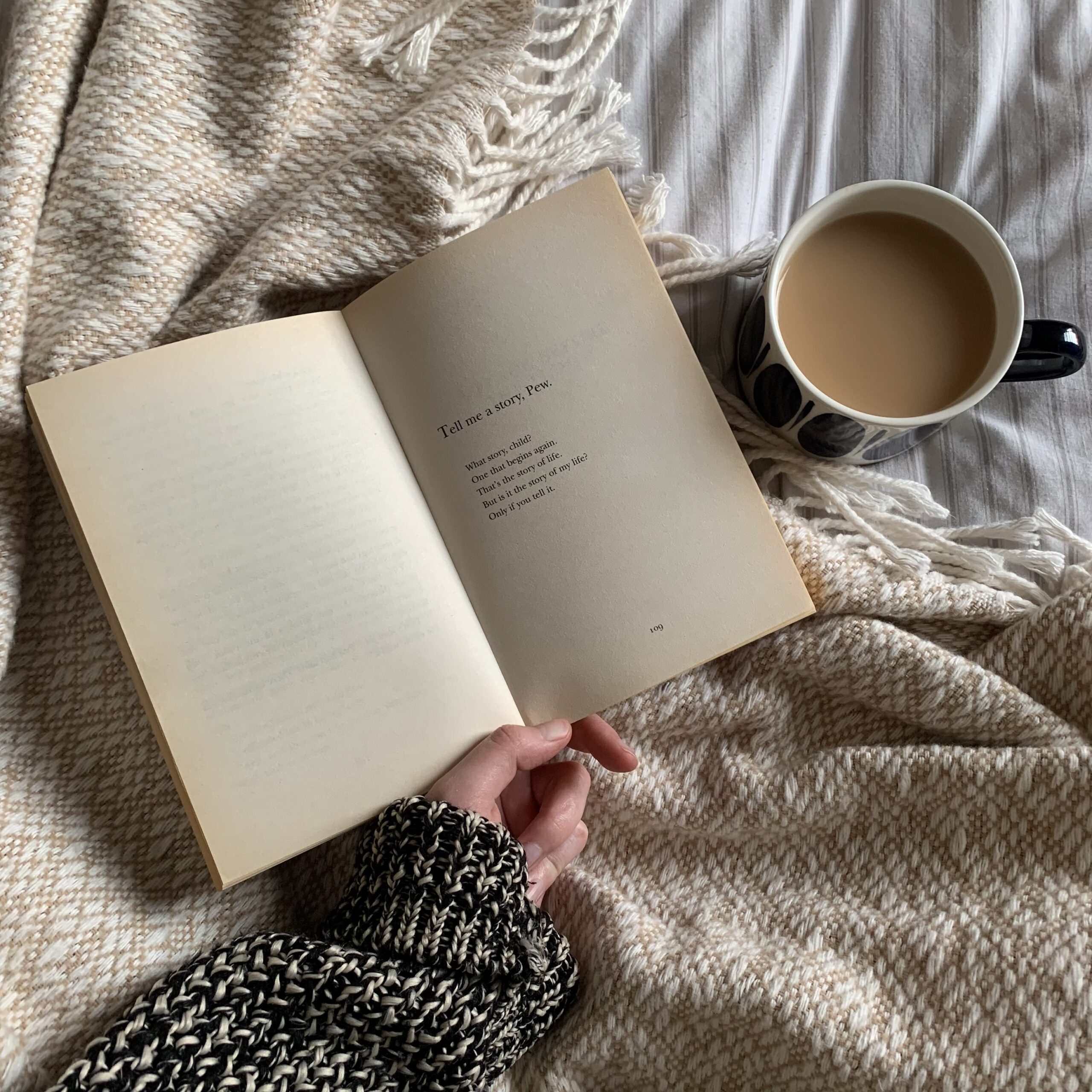 Disclosure: some of the titles within ‘A Week of: Tunisian Fables, Stories about Stories, and Epic High Fantasy’ were previously sent to me for free in exchange for an honest review. I’m an affiliate for Blackwell’s so this post contains affiliate links to their sites. If you buy a book via my links, I’ll earn a small commission at no extra cost to you – thank you!

This week has been kind of a slow reading week. I’ve had a lot going on, and I also decided to start another 500-page book. That’s right, so soon after finishing The Parisian, I embark on another chunky book, this one high fantasy! It’s been an age since I read a proper fantasy novel with next-level world-building and the works. I’ll share some more on how I’m finding the book in question later in the post.

I debated not writing this blog post since I didn’t read all that much. But one of the points of these posts is for me to have a retrospective journal of all my reading, and that includes slightly slower weeks. So let’s dive into what I’ve been reading over the last seven days!

The Ardent Swarm by Tunisian author Yamen Manai, translated from the French by Lara Vergnaud, is an interesting, allegorical little fable-like read. I read it super quickly, the short chapters and quite lighthearted tone (despite the serious subject matter) mean it moves along at quite the trot. In the author section, it mentions Manai was trying to honour Tunisian oral storytelling culture, and I think that definitely shines through.

Although not explicitly named or dated, the novel is likely centred on Tunisia after the Arab Spring, as the country was moving towards democracy. But as the book highlights, just because a democracy is seemingly in place, that doesn’t eliminate corruption and fundamentalism remains a threat. As the country undergoes political changes, our main character Sidi is experiencing similar turmoil in his beehives, which are threatened by murder hornets. It did feel very fable like, a little on the nose, but overall I enjoyed the double stories playing out here, mirroring one another.

I really liked how Manai highlighted the dissonance between the merciful, loving God of the people and the God corrupt, greedy politicians and fundamentalists proclaim to be working for – often cruel, hateful and divisive. But because the government is what the wider world sees of a country or it’s what gains the most attention in international news, this twisted perception of Islam slips into the mainstream. There are quite a few astute observations like this throughout this slim novel.

An interesting little read for sure, one for people who are looking to learn more about different histories from around the world.

Buy The Ardent Swarm at Blackwell’s

I have read a couple of books by Winterson in the past, to varying degrees of success. I really liked Oranges are Not the Only Fruit, but Sexing the Cherry left me absolutely baffled. Lighthousekeeping ended up being the one I’ve enjoyed the most so far. The style had a real Ali Smith vibe. I know sometimes experimental writing can be hit or miss, but this one was definitely a hit for me. It’s a story centred around stories. The stories that make up who we are, the stories we pass along, the stories that keep people alive when they’re long gone.

It follows Silver, a young girl who lives in Salts with her mother, a tiny fishing village at the most north-westerly point of mainland Britain. She lives in a house built into a steep slope with her mother who was shunned by the main village. The pair must be tied together for safety when ascending to their house, but one day her mother loses her footing and falls, cutting herself loose to save her daughter. Silver, now orphaned, is sent to live with the blind lighthouse-keeper, Pew.

In between Silver’s story, we also learn the story of Babel Dark who lived in the village in the 19th century. I loved the way Winterson wove together all of these stories, the story of Silver, of Pew, of Babel, and of the stories they all tell in turn. Winterson’s writing is lyrical yet succinct; she doesn’t meander, but her words feel like poetry. It’s a very addictive read, when I was able to sit down and read, I read most of it in two sittings.

I’m also a sucker for wholesome friendships between young and old folk, of which Silver and Pew are a perfect example. Silver learns so much from Pew, and his wisdom remains with her long after he does.

‘Tell me a story, Pew.
What kind of story, child?
A story with a happy ending.
There’s no such thing in all the world.
As a happy ending?
As an ending.’

The Unbroken by C L Clark

I am very excited to be back in the arms of a high fantasy novel! I feel like after I finished my Robin Hobb journey in 2019, I have been hesitant to dive into more fantasy. How can anything live up the epic saga of the Realm of the Elderlings? I did read the sci-fi fantasy trilogy The Broken Earth last year, but that’s about it. So I’m happy to be finally tackling another chunky fantasy novel!

Admittedly it has taken me a good 100 pages to get into The Unbroken. Most of the fiction I read is firmly rooted in the real world, so it always takes me a while to get acclimatised to the rules of a new world. But I think I’m there now, and I’m fully immersed in the rules and politics of The Unbroken. I absolutely love Touraine, a soldier stolen as a child, already, and I imagine Luca will grow on me as the novel progresses.

I’m only 200 pages into the 500 and there have already been quite a few jaw-dropping moments. I’m both nervous and excited for whatever else Clark has planned for the next 300 pages!

Check out The Unbroken at Blackwell’s

My short story collection and audiobook progress have taken a hit this week. I’ve only read two more stories since last week’s post (no one mention my story a day goal), but both were good! One was by the renowned Banana Yoshimoto, so that was obviously going to be a winner. Mummy left me feeling very unsettled, in the best way. The other was by Toshiyuki Horie who I haven’t come across before. This story dealt with westerners in Tokyo who end up working as hostesses while on tourist visas. A little bleak, but I like bleak!

Check out The Book of Tokyo at Blackwell’s

The Ungrateful Refugee by Dina Nayeri

I have literally only listened to an hour more of this since last week, so I don’t really have any further updates on this one! Although I did just listen to an interesting passage on the polar opposite ways charity is experienced by those doling it out (for what reason? To feel good about themselves) and those on the receiving end of it.

Check out The Ungrateful Refugee at Blackwell’s